How well do Coffee Joulies work?

TL; DR Quite well, if you use an insulated container with a lid. Just like their FAQ says. But a mug with a lid is still an improvement, as long as you don’t linger over it for too long.

I’ve been meaning to try Coffee Joulies ever since they came out a couple of years ago, and I finally got around to it. Problem is, it’s hard to tell how much difference they make. Sure, I know what their site says. But that might just be marketing. I want the data. So I made it.

Disclaimer: IANAS (I Am Not A Scientist)

I decided to measure the rate of temperature fluctuation in three scenarios. Each scenario was run with Joulies and without:

I used 8oz of water and 2 Joulies (1 Joulie per 4oz is recommended). I used a standard kitchen digital thermometer and took readings every 30 seconds. I measured starting at 180 degrees F. I began doing multiple runs and averaging the results, but the numbers were so similar I decided it wasn’t worth the effort. This is 1st World Science after all.

The results seem fairly clear, though I’m sure the specific numbers will vary with different types of containers and different starting temperatures. In the legend, “+J” indicates that Joulies were used. 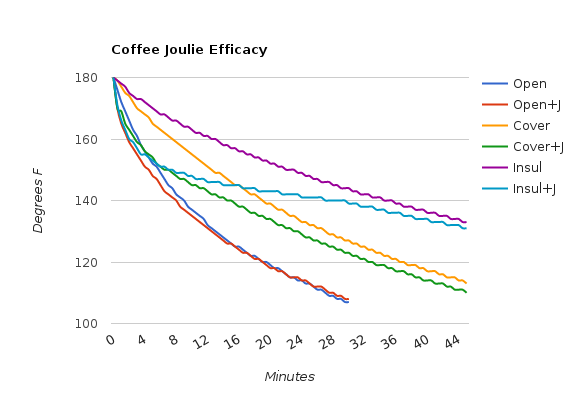 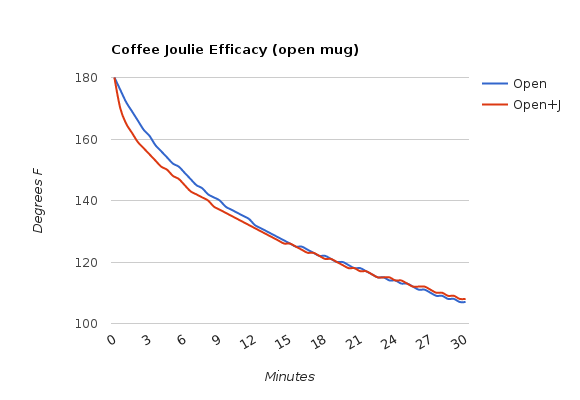 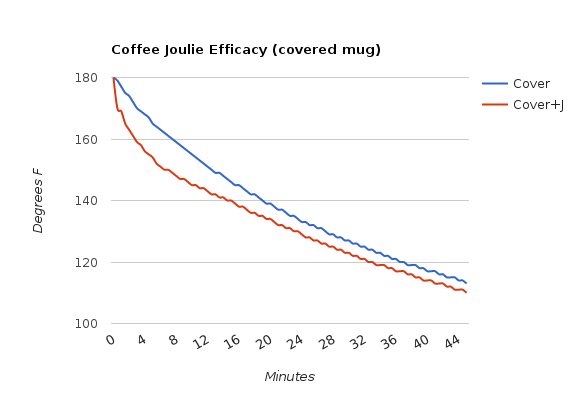 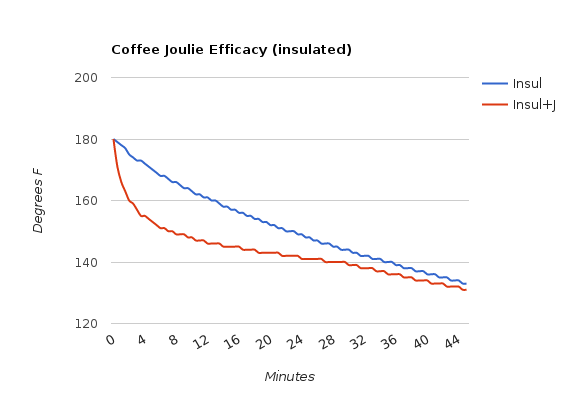 And just ‘cause we’re having fun, here’s my raw data.